Welcome to the home of the Sacramento Kings! Since 2016, this cutting edge, high-tech arena has been home to one of the top basketball teams in the world. Get your Kings gear on and get ready for the incredible atmosphere in the Golden 1 arena as fans experience one glorious victory after another! No serious sports fan can afford to miss a game here – get your tickets EARLY to see the Sacramento Kings at the Golden 1 arena!! 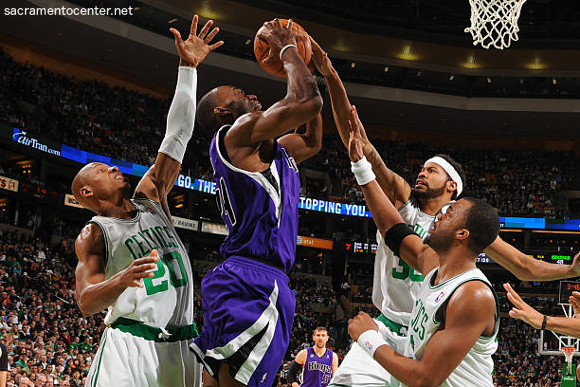 Over 17,000 fans come rushing to the Golden 1 Center every time the Sacramento Kings come home. The team in purple brings their a-game as they work to break the playoff appearance drought that has followed the team for years. But with a new head coach and assistant coach leading the ship, as well as some of the hungriest players in the league, this may be the year that the Kings reach the playoffs and bring glory back to Sacramento. But if you want to catch the best Basketball has to offer, then you can’t miss out on ordering your tickets to the Kings home games. Every team plays hardest when defending their turf and many sports analysts will tell you that the teams that win the most home games are the ones to watch for regular season and postseason play. So if you want to see how this season plays out for Sacramento, then today’s the day to order your tickets.

One of the oldest basketball teams in the US, the Sacramento Kings have a rich historical role to play within the city of Sacramento. Last year, the Sacramento Kings officially opened the $600m (£485m) Golden 1 Center in the center of downtown Sacramento, with a 3-hour coronation show by Paul McCartney making it a moment in history to remember. The team president said: “The rallying cry for this project has to be to do something bigger than basketball and make Sacramento proud… We’re trying to do things that not only enhance the Kings but enhance the city.”

The visionary arena, as well as being visually breathtaking with it’s space-age design, is 100% solar powered, with 15% of the energy coming from the building’s specially designed roof, the remainder sourced from a nearby solar farm. Despite its significant, the arena is designed to give every audience member an intimate experience, with perfect views of the entire court from each seat – get ready to get up close and in on the action!

Don’t miss out on the most exciting games of the year – get your Sacramento Kings tickets TODAY.

What You Can Expect From Golden 1 Center

Golden 1 Center is more than just a terrific sports arena in Northern California. It represents the best parts of its surrounding area as well as the beating heart of a proud and popular city. The arena uses locally sourced materials ranging from glass to recycled aluminum, as well as sand from San Benito and rocks of Sierra limestone to add comfortably familiar color. The wood used in the arena also uses FSC-certified wood which represents an international standard of quality and responsible forest management, to help support a green initiative. Speaking of green initiative, the facility also has a rooftop solar array that also ties into a nearby solar field so that the arena becomes one of the most technologically advanced and renewable arenas in the world. Golden 1 Center also supports the local community by featuring permanently installed artwork that includes work from local artists such as Phil America, Gale Hart, and the internationally recognized Jeff Koons.

The arena also features a massive video board that measures up to be the second-largest screen in the NBA. Each screen is 44 ft by 24 ft in size with a 6-foot tall message board, and each screen broadcasts in 4K Ultra HD. Several screens welcome fans entering the main entrances as well as screens that broadcast games to fans in concourses, clubs, and suites. The arena is, considered by a King’s news release, “the world’s most connected indoor sports and entertainment venue” in part due to a multi-year deal made with Comcast. The connectivity allows for some of the most impressive broadband connections and uses, with the team boasting that the network can handle 225,000 posts on Instagram every second. The arena also uses the connectivity to allow local artists to convey events with the light shows capable only at Golden 1 Center.

This impressive technology and the community-focused design and construction have led to many big-name events playing in the arena. This includes several WWE Professional Wrestling events including 2016’s No Mercy and 2019’s Hell in a Cell, 2016’s UFC on Fox: VanZant vs Waterson, and the annual Built Ford Tough Series of Professional Bull Riders events.
You are guaranteed to have an incredible experience when you visit the Golden 1 Center for your sports needs.