Fuerza Regida comes to Golden 1 Center on Sunday 30th October 2022 as part of the band’s highly anticipated 2022 U.S tour. The tour kicks off on 23rd September in San Jose and will see the regional urban music outfit playing at some notable destinations, including New York, Las Vegas, Austin and many more. The tour wraps up with a final performance on 2nd December at the Allstate Arena. As one of the most successful outfits from the West Coast, Fuerza Regida is one of the most sought-after live bands, and fans have already started buying tickets. If you want to see them live at the Golden 1 Center on 30th October, you should get your tickets right now before they are gone! 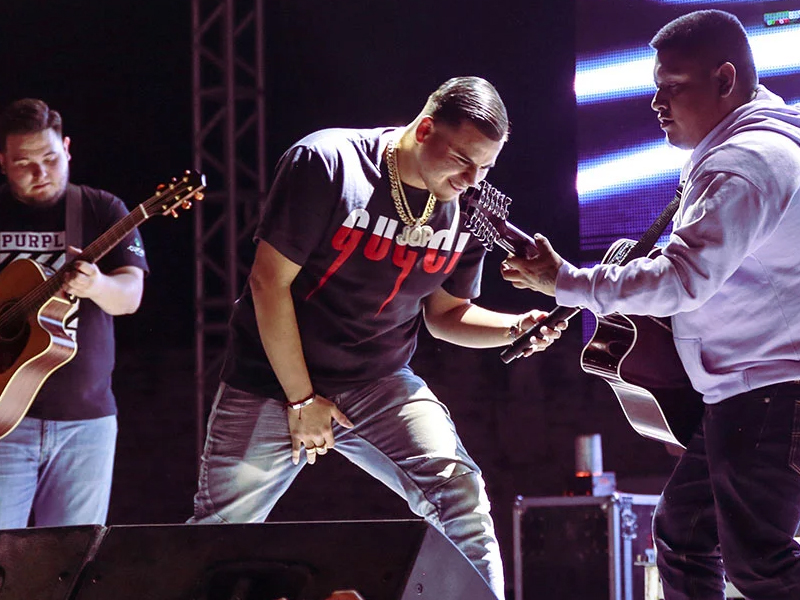 Fuerza Regida has released plenty of new music this year, with their sixth single, “Chingas A tu Madre” being their latest release. The track is just another piece of evidence that why this group has attained so much success over the years. With their upcoming tour, fans can expect plenty of entertainment, dance, and some groundbreaking music from Fuerza Regida.
Fuerza Regida is currently a worldwide sensation, with more than 5.2 million Spotify monthly listeners. The band began their career with humble beginnings by playing cover songs at house parties. They eventually developed a style of their own, mixing elements of regional Mexican music with more modern-day urban tunes. With stories of love, streets, and experiences of young Latinos, Fuerza Regida has become a massive force in the American music industry. Their 2020 album, “Del Barrio Hasta Aqui” debuted at number one on Regional Mexican Albums and also earned the Billboar Latin Music Award for Best Mexican Album of the Year. With more than 192 million Spotify streams to date, the band is reaching new heights every day. They are also renowned as one of the best live bands in the country right now and if you want to experience that for yourself, buy your tickets ASAP before they are sold out!