The Who comes to Golden 1 Center on Wednesday 26th October 2022 as part of the band’s highly awaited The Who Hits Back! Tour. The tour began on 22nd April and will be performed in two legs. They will be hitting New York City’s iconic Madison Square Garden on 26th May before heading on a summer break and returning in fall with stops in Chicago and L.A. The last show of the trek will be a twin event on November 4th and 5th at the Dolby Live at Park MGM, L.A. The iconic rock band is set to put up stellar performances for all their hardcore fans this year. They will be playing plenty of classic tracks and some songs from their latest album, WHO. Catch them live on 26th October 2022 by getting your tickets right now! 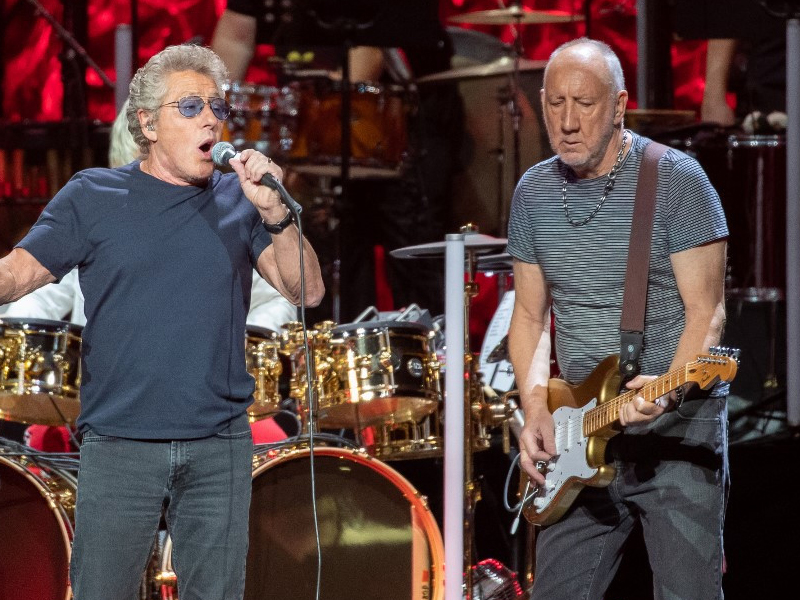 The Who is hailed as one of the three rock music acts that changed the dynamic and landscape of the American rock music scene. The band emerged in mid-1960s with a new force in rock n’roll music. Their elastic creative spectrum has led them to garner a huge fan base in the U.S and worldwide. Fans have been waiting for this tour for the past two years, and they are hugely excited as it is finally underway. Their last tour came around in 2019, and it was tremendously successful. They played at a sold-out Fenway Park in Boston, which became one of the highlight performances of the tour. Their intimate acoustic numbers combined with the cathartic rock firepower made them irresistible for any hardcore rock fan in America. A similar response is expected on the 2022 tour, with some critics labelling it as the most exciting rock tour of the year.
The Who is renowned for putting up incredible live performances, and that means they would be selling out almost all venues. If you really want to see them live, you should get your tickets right now and book the best seats in the house before all of them are gone!