Ricardo Arjona brings his North American Tour to Golden 1 Center on Sunday 24th April 2022 for one of the performances. The tour begins on 24th March at Kiva Auditorium and supports his latest album release, Blanco y Negro. He makes stops in notable cities, including California, Texas, New York, Florida, etc. It is one of the most anticipated tours of 2022, especially in the world of the Latin music industry. Arjona certainly made a lot of his fans happy with his online performances last year, and his fans are ready to see him live once again. If you want to catch the iconic Ricardo Arjona live at Golden 1 Center on 24th April, get your tickets ASAP before they are gone! 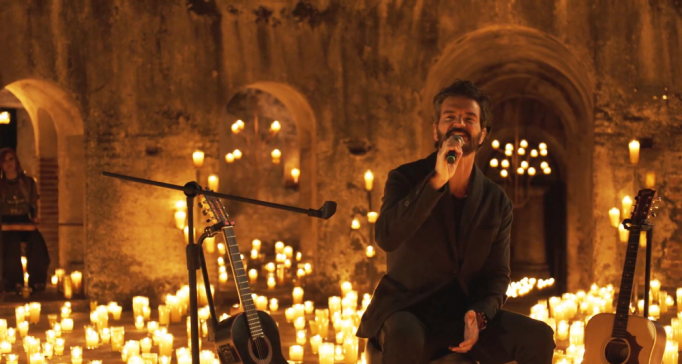 Arjona had more than half a million viewers on his online tour CIRCO SOLEDAD, and around 3 million people watched his HECHO A LA ANTIGUA concert, which became the most streamed concert in Ibero-American music history. His latest album, Blanco Y Negro is being dubbed his most daring work as of work yet. The album’s first single, Hongos, is an anthem that talks about authenticity and reminds one of Arjona’s earliest works that made him famous at the start of his career. Arjona has become a worldwide sensation and is considered as a legend in the Latin music industry. He has sold more than 80 million records.
With a career spanning more than thirty years, Arjona is also one of the most sought-after Latin artists. His distinctive voice and iconic songwriting are demanded all across North America, and he is known for selling out venues quite quickly. The Grammy-winning artist recorded his latest album at London's iconic Abbey Road Studios. A studio famous for Beatles, as they recorded most of their music there. This is expected to be one of the most extensive tours of 2022 and if you want to catch Arjona live, you will need to hurry up and purchase your tickets right now before they are sold out!