John Mulaney comes to Golden 1 Center on Thursday 7th April 2022 as part of his headling 2022 tour, “From Scratch”. Mulaney fans hugely anticipate his upcoming performances after the comedian returned to full-fledged touring following a 2-year hiatus. Mulaney’s From Scratch Tour is a 33 date trek that takes the comedian to some of the most iconic venues, including Dallas, Orlando, San Jose, New York and many more. Mulaney is regarded as one of the most promising comedians in the industry and his Netflix specials are evidence of his brilliance. Everyone loves a John Mulaney performance and it’s even better if you see it live. Get your tickets to Golden 1 Center for 7th April’s event right now before they are all gone! 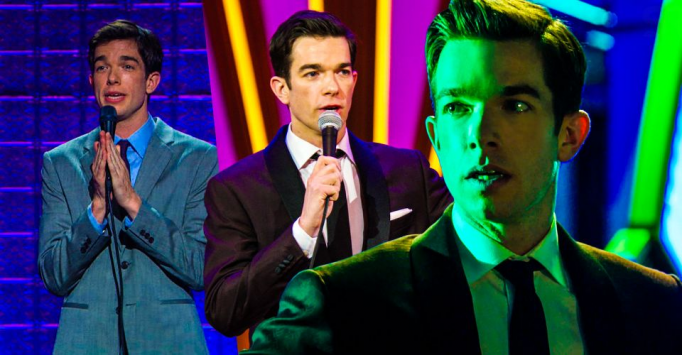 The tour kicks off on 11th March and wraps up with a Chicago’s United Center performance on 14th July. Mulaney’s return comes to the delight of his fans because he is an outstanding stand-up comedian. His ability to deliver his scripts in such a spontaneous manner with perfect comic timings makes him a very watchable figure on stage.
The subjects of his recent comedy stints revolve around his personal matters and his challenges in the past few years. He doesn’t hold back on sharing the details, and it almost makes the audience uncomfortable and awkward. Mulaney discusses his time at the rehab, his divorce, his highly publicized relationship and the journey of becoming a father. Mulaney has sold out major venues across the country, and a similar response is expected on his 2022 tour.
Mulaney rose to fame with Saturday Night Live, where he worked as a writer. He made his film debut in 2018 when he voiced Peter Porker/Spider-Ham in the Award-winning Netflix movie Spider-Man: Into the Spider-Verse. He has received a Primetime Emmy Award for outstanding writing for a variety special (Kid Gorgeous). Catch John Mulaney live by grabbing your tickets this instant; otherwise, they could be gone very soon!